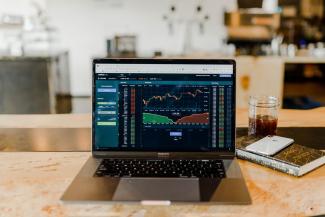 The Importance of Private Markets

The vast majority of individual investors are familiar with one market — a liquid and public one where companies are well researched, prices quickly reflect new data, almost everyone sees the same information, and news spreads in seconds. This, of course, is the market for public equities and the related market of publicly traded debt securities, which continue to dominate individual investor portfolios and business headlines. But beneath the continuously updated stream of public company news, the investable universe being covered is shrinking at a steady pace. Over the past two decades, the number of publicly listed U.S. companies has nearly dropped in half, from a high of 8,090 in 1996 to around 4,397 in 2018, while the average age of a public company has increased from 12.4 years to almost 20 years.

The implications of this trend are profound. Companies that remain public are older and more mature, on average, than listed firms in years past. Companies are staying private longer and, by the time they IPO (if they do at all), most of their growth and value creation is behind them, reaped by a relatively small number of private investors. To take the oft-cited example of today’s tech giants, investors in Amazon’s 1997 IPO, which took place three years after its founding, would have made 893 times their money if they held on until now, compared to 24x for investors in Google’s 2004 IPO (six years after founding) and only 5x for investors in Facebook’s 2012 IPO (eight years after founding).  And the trend continues—Snap’s IPO in March 2017 priced the company just below Google’s valuation when it went public and more than two years later, Snap is still trading below its IPO price.

One might conclude that venture capital and private equity firms today are extracting most of the value out of their portfolio companies before considering taking them public, and that the best small companies are increasingly opting to sell to PE firms or strategic acquirers rather than go public. Moreover, the majority of the stocks that have disappeared from the public markets are small cap, which have historically generated higher levels of growth than their large cap peers.  Meanwhile, the percentage of revenue that large corporations are allocating to research & development has declined dramatically since 2002, and there are those who believe that public companies have simply gotten worse at innovation.  The sad fact is that most economic growth today is taking place outside of the public markets, seemingly beyond the reach of most investors. What’s more, with valuations near all-time highs and the bull run in U.S. equities more than 10 years old, many asset managers are now forecasting 4%-6% nominal returns over the next 10 years from a conventional 60/40 portfolio, rather than the 8%-9% returns such an approach yielded in past decades.  While those forecasts might seem pessimistic, the likelihood of traditional equities driving future performance is increasingly difficult to fathom. Considering the extended valuations of companies in the S&P 500 Index, should P/E ratios and profit margins “normalize,” the possibility of negative returns from public equities must be considered when building a diversified portfolio. To achieve an 8% return going forward, qualified investors should have some exposure to the private marketplace, which offers diversification and the longer-term fundamental growth opportunities that used to be available in the public markets. Given the historical outperformance of private equity, it’s no surprise that 87% of the institutional investors surveyed recently by Preqin said they were planning to either maintain or increase their long-term allocations to private equity, while 93% reported that the performance of their private equity portfolios met or exceeded their expectations over the prior 12 months.6 So, what does this private market look like and how large is it? In terms of number of companies, it is massive relative to the public markets.

Click on the link below to continue reading about private markets from Nick Veronic, the co-founder and managing partner at iCapital.