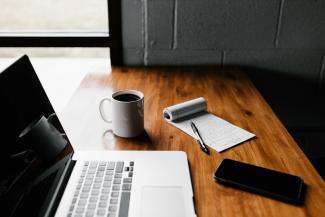 A qualified retirement plan is a valuable benefit that helps both your employees and your business.

What makes a plan successful?

A successful plan gives your employees the tools and information that they need to save for their retirement. It must also meet Employee Retirement Income Security Act of 1974 (ERISA) fiduciary requirements, the federal law that governs the administration of employee benefit plans. ERISA aims to promote the interests of the participants and beneficiaries of those plans by establishing fiduciary standards of conduct, responsibility, and obligations. Under ERISA, fiduciaries must act solely in the interest of plan participants and their beneficiaries, and for the exclusive purpose of providing benefits to them. Having a good understanding of those duties and requirements can help protect fiduciaries from liability.

Being a fiduciary doesn’t have to be complicated, as long as you approach the role with prudence.

You can become a fiduciary under ERISA either by functioning as a fiduciary or by being named as a fiduciary in the plan document. And all fiduciaries, whether functional or named, are held to ERISA’s standards of conduct.

Under §3(21) of ERISA, if you exercise discretionary authority over plan management, administration, or assets, or you render investment advice for a fee with respect to the assets of the plan, you’re functioning as a plan fiduciary, even if you aren’t specifically named as a fiduciary in the plan document. Functional fiduciaries could include your plan’s service providers.

A fiduciary who’s who

An overview of those involved in a qualified retirement plan:

Plan administrator—person responsible for the administration of the plan, such as making important disclosures to plan participants and selecting the plan’s service provider; generally, the plan sponsor will serve in this capacity, unless another party is designated to do so in the plan document.

Plan participant—an employee (or beneficiary) with an account balance under the plan or, in the case of a 401(k) plan, an employee eligible to contribute to the plan

Plan sponsor—employer or organization that establishes and maintains the plan

Plan trustee—person or entity that has exclusive authority and discretion over the management and control of plan assets, unless the plan provides that the trustee is subject to the direction of a named fiduciary or the authority to manage plan assets has been delegated to an investment manager

Recordkeeper—generally, a third-party service provider retained to keep certain financial and retirement plan records, at both the participant and plan level

Click on the link below to read, "Fiduciary Responsibility- An Employer's Guide", by John Hancock.