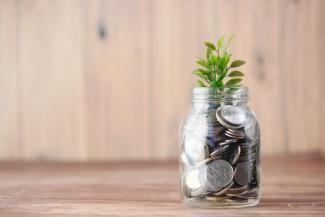 The retirement savings gap—the difference between what retirement savers need and what they have accumulated—is now approaching an estimated $4 trillion.2 And it is widening in significant ways, exacerbated by the recent economic shocks, while the call to action to close the gap is more focused than ever. The retirement industry needs to be attentive to identifying ways to close the gap. At the same time, the response by institutions, legislators, regulators, and employers is playing a significant role in shaping the retirement landscape this year and well into and beyond 2022.

The traditional notion of a three-legged stool composed of Social Security, private pensions, and personal savings has been transformed, for most, with the replacement of private pensions by defined contribution (DC) plans. While Social Security still provides a meaningful benefit, DC plans, and the personal accountability inherent in them, are now firmly the vehicle for individuals to accumulate wealth for retirement. However, stools can only stand if they have a minimum of three legs, and only 64% of private industry workers have access to a DC plan, such as a 401(k).3 Yet even those with access may come up short in meeting their retirement savings needs.

The sky certainly isn’t falling. Individuals retire every day, and our research shows that 80% of retirees are enjoying their retirement. Our research also finds that the anxieties preretirees had while saving for retirement eased once they retired. The financial realities retirees face often prove to be much less daunting than they may have believed while working. Still, we see a key theme of 2022 as addressing retirement plan access and adequacy.

While the headline may be that almost 40% of workers are not covered by workplace retirement plans, there are notable differences. For example, larger businesses are more likely to offer DC plans than smaller businesses —according to our research, 78% of workers at companies with more than 100 employees are covered by DC plans compared with 51% of those who work at employers with less than 100.

Also, businesses that pay higher wages and benefits are more likely to offer DC plans to their employees than those in lower-paying industrial sectors. Specifically, the top 20% of wage earners making an average of $140,000 per year is twice as likely to be covered by a DC plan than the lowest-earning 20% and making an average of $27,000 per year. Similar disparities exist when comparing the availability of workplace savings plans based on the highest level of education achieved.

These characteristics also correlate to racial, ethnic, and gender disparities within the private retirement plan system. In fact, the Federal Reserve’s annual Survey of Consumer Finances found that white households were more than 60% more likely to hold retirement accounts than Black households and more than twice as likely as Latinx households.

Women also face unique challenges in accumulating sufficient wealth for retirement due to historic wage inequality, fewer years in the workforce due to childcare and other care obligations, and greater longevity, among others. Collectively, these forces result in women often arriving at retirement with less wealth, being eligible for lower Social Security benefits, and the prospect of living longer in retirement than their male counterparts— all affirmed by our research. These examples and many more show that access to DC plans is unequal and that workers would benefit from greater, more equitable access to DC plans.

The challenges posed by lack of access are significant, but they are not the only retirement savings challenges that workers face. In fact, our research reveals that all age groups leading up to age 60 fall short of the estimated necessary target savings rate of 15% (with combined employee deferral and employer contributions). This is a material insight because when we asked preretirees, “Which of the following worries you the most about your retirement?”, 36% of respondents cited the possibility of running out of money.

Living longer in retirement is also putting pressure on workers to have more money put away. Retirees increasingly need their money to last longer. Longevity risk—defined as outliving one’s assets in retirement—is the top concern both industry professionals and employers cite when evaluating retirement plan default investment options for participants, according to our research. Additionally, long-term care and health care costs continue to rise faster than inflation, increasing the risk that savings will be inadequate in retirement.

The events of the past two years have shined a bright light on just how fragile the environment is for retirement savers. Our research from the summer of 2020—at the height of the pandemic uncertainty—shows that 39% of plan participants reported reduced pay or commissions, while 18% of participants said they reduced their retirement account contributions. Employers felt the pinch of the pandemic, too. Our research shows that one in 10 plans changed or suspended their retirement contribution for participants. Such reductions have further widened the retirement savings gap for many participants, especially those working in sectors hit hard by the pandemic, such as hospitality and leisure.

There was good news, too. Many savers redirected attention to shoring up nearer-term goals while maintaining their retirement savings rate.

Yet, the pandemic highlights the gap in plan savings’ adequacy that has been building for some time. As part of our annual retirement study, we ask those who are not saving enough the reasons why that may be. More than half cite that they are saving all they can afford. Further, other types of savings, such as building emergency funds, home purchase, or saving for a child’s education, along with debt can hinder the capacity to save adequately for retirement.

The challenges of saving for retirement are not shared equally. Black and Latinx households have more challenges. In our research we found that not only were Black workers saving 44% less than their white counterparts, but they were more likely to also have student loan, medical, and other types of debt.

To start, such gaps in access and adequacy are leading to policy responses focusing on several key issues:

■ Providing the means to create income in retirement

The Pension Protection Act of 2006 (PPA) institutionalized acceptance of best practices such as automatic enrollment, automatic escalation, and adoption of qualified default investment alternatives (QDIA), the most common of which are target date investments. This provided employers with safe harbors to automatically enroll eligible participants in retirement plans, increase their savings, and help ensure that they are invested in age- and risk-appropriate investment portfolios. However, the voluntary nature of these arrangements is showing its limit.

For example, our research and analysis of plans with more than $25 million reveals that the percentage of plans that have adopted automatic enrollment and automatic escalation features remains at 81% and 62%, respectively, and have not materially increased in recent years. Moreover, adoption of these features by smaller plans is significantly lower.

The features, when adopted, can have a profound and lasting effect.

Last, the effects of QDIA adoption should not be underestimated. During the coronavirus pandemic, the behavior of target date investors was markedly different than that of those who constructed their own investment portfolios. Specifically, our research shows that participants who were invested solely in target date investments were eight times less likely to make exchanges compared with those who did not invest in target date investments—a significant benefit considering how quickly the markets rebounded from their lows in April 2020.

Three key retirement reforms, the Economic Growth and Tax Relief Reconciliation Act in 2001, PPA in 2006, and the SECURE Act in 2019, reshaped—or have the potential to reshape—the retirement savings plans employers offer and the variety of services industry stakeholders provide. While millions have benefited from some of these reforms, a large percentage of workers still have not.

Click on the PDF below to read T. Rowe Price's full article.